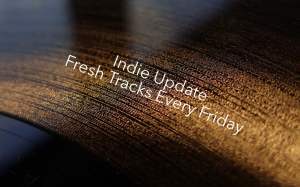 Alright, it’s certainly been a while, and the weekly updates of Indie Update have not exactly been going so well lately… (I’ll take the blame for that one). Anyway, this week’s Update is a great one, with new music from a slew of popular indie groups, ranging in genres from true indie pop to some classic Northeastern jam band material (Here’s looking at you, closet Phish fans…) Let’s jump right in.

Coming off a solid debut album, Alabama Shakes have just released a brand new single in preparation for their upcoming sophomore album — both the single and the album are titled Gimme All Your Love. The new single expands upon their blues-pop sound while staying true to the roots that made Boys & Girls so popular.
Currently on tour to promote their new album, MisterWives has a brand new release hitting shelves right now, titled Our Own House. This week’s update includes the title track — and lead single — from the album, a solid addition to the band’s growing songbook.
One of my personal favorites this week is Best Coast’s new single, California Nights. Although the west coast surf rock duo has admittedly traveled far from the beach-infused sounds that popularized their first two LPs, the droning lo-fi sound they’ve adopted is equally as entertaining — expect the full album to drop on May 5th.
Death Cab for Cutie returns from their four-year hiatus following the classic Codes & Keys with some new singles, as well. This week’s Update includes the lead single from the ever-popular rock group’s new album, Kintsugi. The single, titled Black Sun, sounds, well, like what Death Cab always sounds like:  Lead singer Ben Gibbard pronounces every syllable in every word, the guitar hooks are clean and infectious, and, on a side note, the album art is instantly cool. The full album should be released by the end of the month.
Coming off 2012’s critically acclaimed Gossamer, Passion Pit has released a brand new single in Lifted Up (1985), a track that seems to mimic smash hit Carried Away not only in name, but in sound, too. Expect some extremely bright synth loops and somewhat overproduced vocal and drum tracks — this is Passion Pit, after all.
I can almost guarantee (guarantee!) that you only know one song from Modest Mouse. Well, after an eight-year hiatus, they’re releasing a bunch of new singles in preparation for their upcoming album. This week’s update includes Of Course We Know, a radically new, reverb-filled sound for the rock band that told you over and over again to float on OK.
Finally, this week’s Update includes a ten-minute jam from jam supergroup Umphrey’s McGee, titled Bad Friday. Recorded live in January at the legendary Beacon Theater in New York, the song includes some incredibly catchy funk guitar lines, as well as a killer saxophone solo from guest performer Joshua Redman. This one isn’t to be missed by anyone with a love for blues/rock/funk/any type of music with guitars.
It’s a great week for indie, so enjoy! I’ll be back next week with a new Update! (I promise!)
Check out the full playlist on Spotify here:
https://open.spotify.com/user/ths1644/playlist/2WN5PQxIvFoRVlLNOa9mja
Sam Barrett ’16